Hi, I’m Victor Taylor, and I’ve worked as a freelancer for the past 20 years. I wouldn’t have it any other way!

I understand the struggles that freelancers can face, and now have a mission to help others navigate the freelancing world and create a reliable and enjoyable business.

I’ve experienced and learned a lot along the way, and acquired the business acumen and knowledge that will help me to guide you to lasting and sustainable success. The Story of Aspect Avenue

The idea for Aspect Avenue grew gradually while I searched for a new career path in 2020. Over about three to four months, I painstakingly built the foundations of the Aspect Avenue website, which included several unexpected technical problems and challenges related to the ‘community’ features. After testing and developing things more with the help of early members, the site was all ready to go, neatly in time for the New Year of 2021.

In January 2021 I decided to launch a Podcast too, to help freelancers. I couldn’t think of the right name for it, until one Monday morning when I woke at around 3 a.m. I couldn’t get back to sleep, but my brain suggested the name for the podcast: ‘The Freelancer’s Friend.’ It took some time to get set up as I wanted it to be a quality, and weekly podcast. The first episode was released in March 2021 and, from the second episode that came out in the April, I started to film the episodes too (View and Subscribe on YouTube).

By late April 2021, the podcast was getting going nicely. The Community Area of the website however wasn’t as popular or needed as expected. Maybe if it had been given more time until Aspect Avenue’s following increased enough, it might have started getting used by members…but my ideas for the company’s business model were changing, and also, the community features software and membership software among other things were still causing technical problems on the website.

So, after checking with members, I closed the community aspect of the site, and began working on other, hopefully more effective and direct ways of helping freelancers.

While continuing with the helpful free weekly email for subscribers, and The Freelancer’s Friend podcast, in May 2021 I looked into developing a comprehensive learning and coaching programme, to help freelancer’s to achieve lasting success…

However, by June 2021 the learning and coaching programme idea was ditched in favour of building a growing library of guides and resources, to help people with different, specific areas of freelancing and business.

All the guides, resources and products will be found at aspectavenue.com/shop and the first items will be available soon.

Why Settle for Your Current Freelancing Income Level When There Are Simple and Effective Ways to Increase It? This free guide will inspire you with lots of practical methods for generating additional income from your existing freelance business. Presented in a concise, quickly digestible, and easy to refer back to format.

The quality suggestions in the guide cover various areas of your business, with methods pertaining to your fees, your services, different strategies, business practices and more… 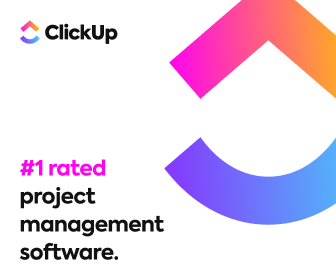 Step-up Your Productivity!
Discover the power and versatility of ClickUp for managing your tasks, projects and clients.